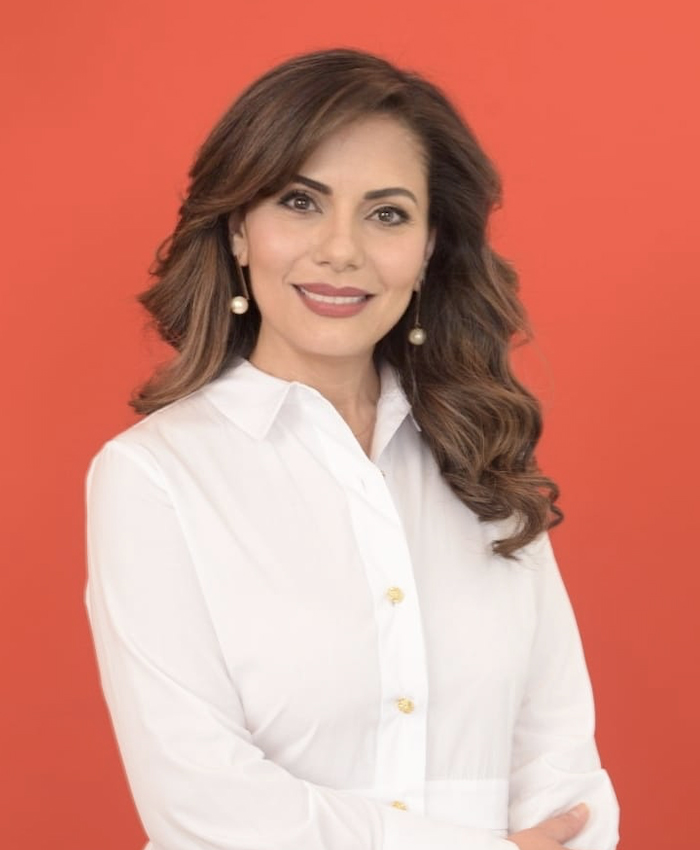 Suzanne Afanah is a former Minister of Tourism and Antiquities of Jordan, a communications professional and award winning journalist, with well over 30 years of experience as a senior executive in media, television and mass communications.

Afanah also served as Managing Director of Jordan TV and later as Vice Chairman of the Jordan Radio and Television Corporation.

Award-winning brand building: Moving to a corporate career, Afanah lead communications, branding, and social responsibility at Zain one of the leading telecommunication providers in the Middle East and Africa, helping make it one of the top five brands in the region and recipient of sevral awards including the Telecoms World Awards. In addition, her pioneering social responsibility program in Jordan, was awarded the al Hussein Decoration for Distinguished Contribution of the First Order by His Majesty King Abdullah in 2009, making Zain the first private company in Jordan to receive the royal tribute from His Majesty King Abdulla II.

Award winning communications: Afanah is currently the managing partner at Advvise, one of the leading strategic communications and public relations agencies in Jordan. The award winning agency has launched some of the most successful campaigns for local, regional and international corporations and organizations.

Afanah currently serves on the boards of Jordan River Foundation, the Center for Defending the Freedom of Journalists, The Children’s Museum, Generations for Peace and Tkiyet Um Ali. She also sits on several boards of publicly traded companies including Universal Modern Industries CO for Edible Oil, and Siniora Food Industries.