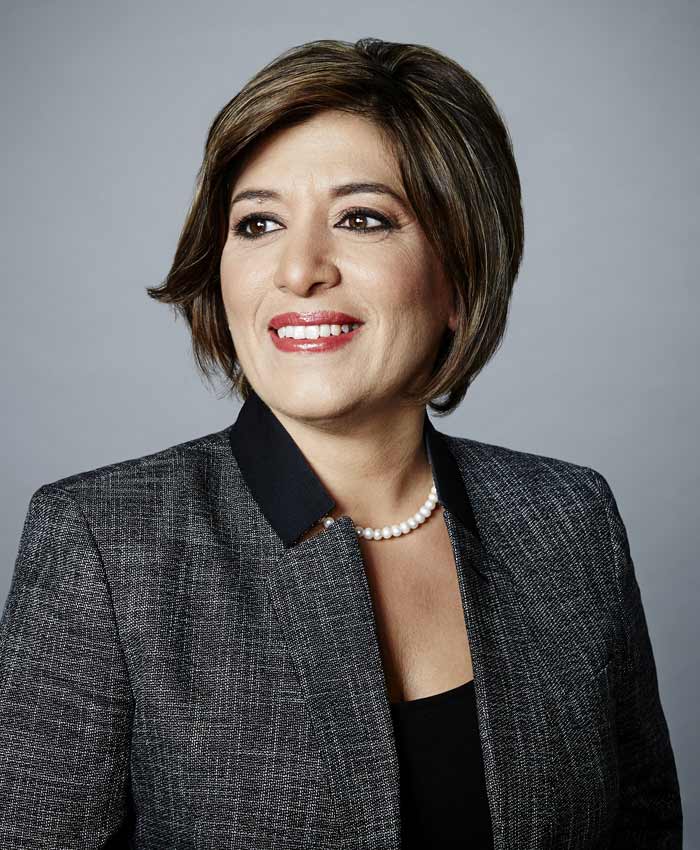 Caroline Faraj, CNN VP and CNN Arabic Editor-in-Chief has over 30 years’ experience in journalism. She was named as the winner of the Arab Woman of the year Awards 2022 as a leader in Media, and in 2021 she won the Arab Woman Awards/ Media category in the UAE.

Based in Dubai, Caroline joined CNN in 2001 and has overseen the content and management of CNN Arabic, which she launched in 2002. She has overseen CNN Arabic during a time of great regional upheaval which has encompassed the US-led invasion of Iraq, the Arab Spring, and the rise of Islamist militant group ISIS.

Caroline is an active Board Member of the International Humanitarian Council, which was founded by His Highness Sheikh Mohammed bin Rashid Al Maktoum and Magdi Yacoub Global Heart Foundation founded by the world known Surgeon Professor Sir Magdi Yacoub. She’s also a member of the Advisory Board of the well-known universities such as City University of London, Zayed University in Dubai, American University of Sharjah, University of Wollongong in Dubai and non-government organizations like e7 Daughters of the Emirates, and Womanity. Caroline is an advocate for female empowerment and advancement through mentoring people at CNN and across the industry, being an ambassador at Re:Set, The Playing Field, and as a board member of Cass Global Women’s Leadership Program.

In celebration of the International Women’s Day 2022, Caroline has been featured on Facebook’s #SheCreates ebook. She has been chosen several times as Judge for the International Academy of Television Arts & Sciences Awards and Hult Prize which is also referred to as the “Nobel Prize for Students” by Noble laureate Muhammad Yunus.

Caroline was born in Amman, Jordan. She has a Bachelor of Arts in Journalism and Mass Communications – radio and television from Yarmouk University in Jordan, a Master of Arts in International Journalism, and an Honorary Degree of Doctor of Science from City University of London. Caroline also received the Distinguished Jordanian medal, awarded by King Abdullah II Bin Al-Hussein of Jordan himself during the 2022 celebration of Jordan’s Independence Day.